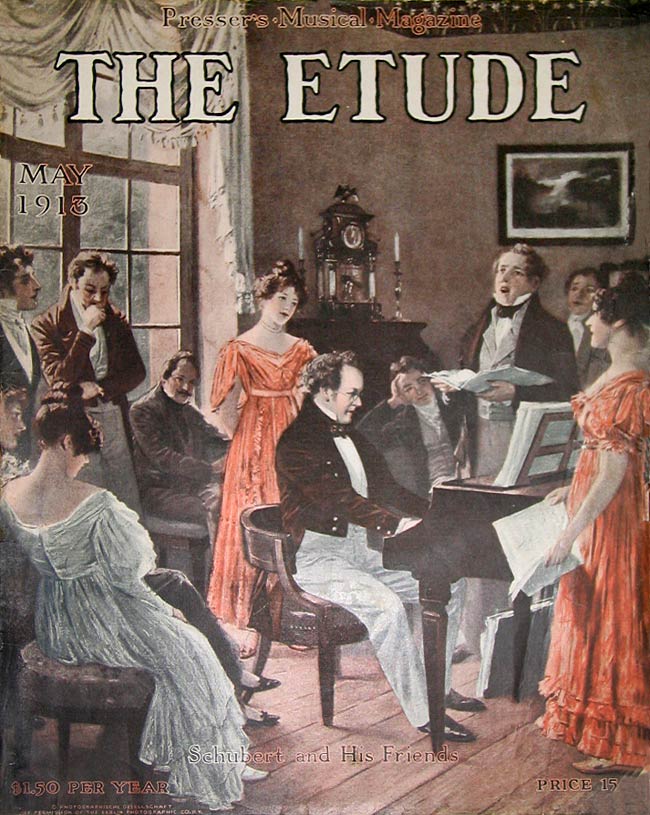 Franz Schubert (1797-1828) at the piano, playing for his friends while some of them sing. Appreciation of Schubert’s music while he was alive was limited to a relatively small circle of admirers in Vienna, as on the Etude cover, but interest in his work increased significantly in the decades immediately after his death.

This is a demo store for testing purposes — no orders shall be fulfilled. Dismiss